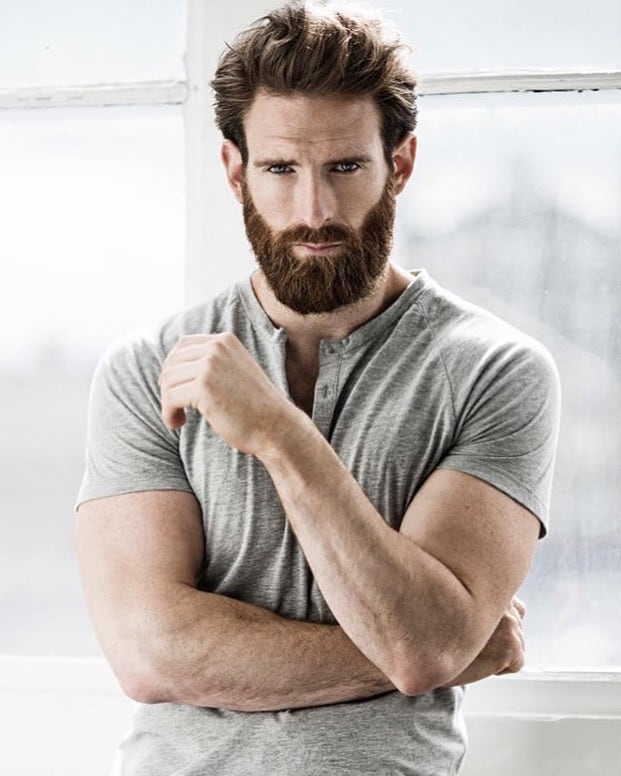 recently finished filming on season 4 of Netflix’s YOU, in the role of Hugo.

appears in the forthcoming TV series COLOSEEUM directed by Roel Reine, playing the role of Stilicho.

Most actors go to acting school. Those who don’t usually hustle hard for auditions. It’s rare, however, to “fall into” the profession, as Craig McGinlay did for his role in Guy Ritchie’s new film King Arthur: Legend Of The Sword, alongside Jude Law and Charlie Hunnam.

McGinlay has a knack for pinballing from one career into the next. He began playing professional rugby for Scotland, until a shoulder injury forced him to switch to coaching and physio. Later, he trained as a weightlifter for a Commonwealth Games television advert, in which he eventually starred after the director deemed the original performer too short. This led to a modelling contract (spot him in commercials for Omega and Marks & Spencer) that won him the lead in the 2015 thriller short Blood Loss and, in turn, resulted in Guy Ritchie casting him in a David Beckham Haig Club whisky ad (got all that?). Hence this new Ritchie outing.

But acting is where it stops. McGinlay says he has found his calling and is doubling down by skilling up. He has acquired a motorbike licence, for example, despite not having a motorbike. He has also learned horse riding, sword fighting, Muay Thai and jujitsu, and can train himself for whatever body shape a role might require. “It’s so I can say to a director, ‘I can do it myself,'” explains the 31-year-old. For King Arthur, McGinlay decided to put on a stone and a half and didn’t once need a stunt man. He even helped other cast members stay in shape. “In Snowdonia, there was no gym, so I trained everyone in the park.”

All of this preparation has an ambitious end-game: McGinlay is determined to play James Bond. “Bond is Scottish in the books, he’s in his thirties, with a beard and blue eyes,” says McGinlay. “It seems like a distant dream but I want to aim for that. I’m not ashamed to say it. I don’t want small roles, I want to chase the big ones.”

King Arthur: Legend of the Sword is out now.

Water Cooler IntelCraig McGinlay was cast by renowned “Bond” casting director Debbie McWilliams for the upcoming TV series Nightfall (out in August). Not a bad contact for a would-be 007.